FOSM is excited to host the race again, and we’re looking forward to seeing everyone there.

COVID and other factors forced cancellation of the 2021 race. In October 2021, FOSM’s new board of directors voted to investigate whether a simpler race might be doable in January 2022.

A committee consisting of Mike Madden, Steve Roholt, Silke Bletzer, and Sim Cook did the research and decided to hold the race on January 22, 2022.

Registration will open on December 1, and the link is available on this website.

These pages will be updated as information becomes available:

The 17th Annual Sandia Mountain Snowshoe Race was presented by the Friends of the Sandia Mountains on Saturday, January 25, 2020. The race began at 10:00 am at the lower level parking lot at Sandia Crest and was slightly less than a 5-km/3.1 mile tour through beautiful trails in the Cibola National Forest.

Registration instructions were provided at www.sandiasnowshoe.com beginning in late November.

All proceeds went to the Friends of the Sandia Mountains for preservation and maintenance of trails and other US Forest Service resources.

The registration fee included pre- and post-race refreshments, the required parking fee at the Crest, and prizes in several categories. The race was limited to 175 participants, and 147 racers of all levels participated.

Carpooling to the Crest on race day was highly recommended as parking was limited.

Video and photos from 2019 Snowshoe Race 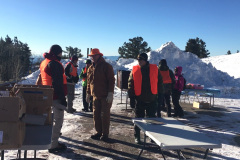 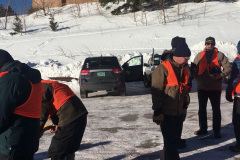 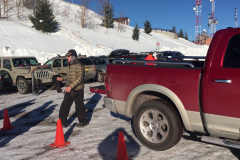 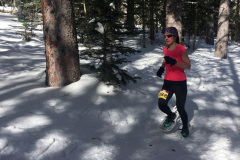 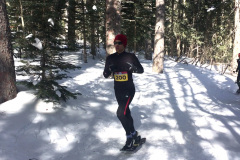 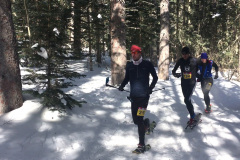 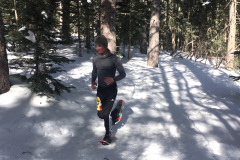 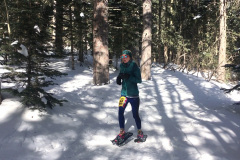 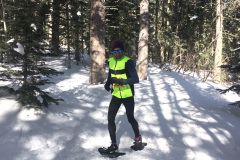 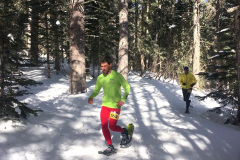 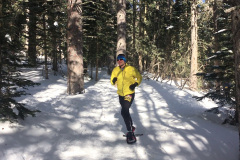